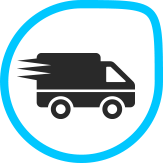 How COVID has influenced the NVH Market? Request here to know more about impact and analysis.

According to Our Research analysis,global NVH Market will reach 21836.97 Million USD by the end of 2022 with a CAGR of 10.08%. The global NVH market is valued at 20768.43 Million USD in 2017 and will reach 21836.97 Million USD by the end of 2022, growing at a CAGR of 10.08% during 2017-2022. NVH stands for noise, vibration, and harshness, and the noise is what the driver and passengers can hear, the vibration is what they can feel and the harshness is how much of an effect thumps, bumps, noise and vibration have on the cabin and its occupants. It is an aggregative indicator with which to measure the quality of automobile manufacturing. As many as one-third vehicle faults are related to the NVH of vehicles. NVH can be divided into two categories-- rubber shock absorber type and sound insulation type. Rubber shock absorber’s revenue market share accounted for the highest proportion, with a figure of 75.86% in 2017, sound insulation type account for 24.14%. The sales revenue market share of global NVH in automobile market and auto parts market have been stable year by year, at 88.78% and 11.22% respectively in 2017, and for several consecutive years, the amplitude was within one percent. This indicates that the segment of the NVH in the global market tends to be fixed without great changes. Among them, the NVH market has the most promising sales prospects in automobile market. Our research center data shows that Asia-Pacific is the biggest contributor to the NVH revenue market, accounted for 49.78% of the total global market with a revenue of 10338.91 million USD in 2017, followed by Europe, 23.89% with a revenue of 4962.18 million USD. Sumitomoriko is the largest company in the global NVH market, accounted for 16.09% of the revenue market share in 2017, followed by Autoneum and Zhuzhou Times, accounted for 10.07% and 3.66% of the revenue market share in 2017. It shows that the market is fragmented, it's not very concentrated, 2019/3/22- Siemens announced today that it has signed an agreement to acquire the Noise, Vibration, and Harshness (NVH) end-of-line quality testing business of Saab Medav Technologies GmbH, a global provider of state of the art signal processing, communications intelligence and analysis for air, land and naval applications, as well as NVH solutions for industrial quality testing. 2019/5/28- Novoheart Holdings Inc. agreed to acquire all shares of privately held Xellera Therapeutics Ltd., which develops cell and gene therapies, for about C$33.8 million in an all-share transaction. Geographically, this report is segmented into several key Regions, with production, consumption, revenue (M USD), market share and growth rate of NVH in these regions, from 2014 to 2026 (forecast), covering Asia-Pacific (China, Japan, Korea, India and Southeast Asia) North America (United States, Canada and Mexico) Europe (Germany, France, UK, Russia and Italy) South America (Brazil, Argentina, Columbia) Middle East and Africa (Saudi Arabia, UAE, Egypt, Nigeria and South Africa) Global NVH market competition by top manufacturers, with production, price, revenue (value) and market share for each manufacturer; the top players including Sumitomoriko Autoneum Zhuzhou Times Tuopu Zhong Ding Cooper Standard 3M Nihon Tokushu Toryo Henkel Wolverine Asimco technologies JX Zhao's STP On the basis of product, this report displays the production, revenue, price, market share and growth rate of each type, primarily split into Rubber Shock Absorber Sound Insulation On the basis on the end users/applications, this report focuses on the status and outlook for major applications/end users, consumption (sales), market share and growth rate of NVH for each application, including Auto Parts Market Automobile Market If you have any special requirements, please let us know and we will offer you the report as you want. 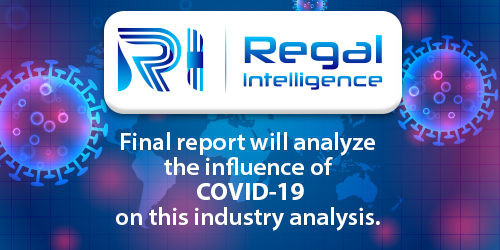